No matter from which point of view, there are still differences between chlorinated polyethylene (CPE) and polyethylene, which reminds us when choosing, it is better not to use abbreviated names when choosing, and the probability of making mistakes with full names will be lower.

One of the two hydrogen groups attached to each carbon atom of polyethylene is replaced by chloride ion, and it becomes polyvinyl chloride. The tensile strength and aging resistance of polyvinyl chloride are much better than polyethylene.
There are still many advantages in using chlorinated polyvinyl chloride (PVC) or products made from its materials. For many people who do not understand it, they exist as a chemical substance. In fact, this statement is very one-sided. We can overthrow this idea through the detailed interpretation of the following.

Chlorinated polyvinyl chloride (CPVC) is a new type of Engineering plastics, which is prepared by chlorination modification of PVC resin. After chlorination of PVC resin, the irregular addition of molecular chains and polarity addition increase the solubility and chemical stability of the resin, thus improving the heat resistance of the data and the corrosion resistance of acid, alkali, salt and oxidant. The mechanical function of the thermal deformation temperature of the resin was improved, the chlorine content was increased from 56.7% to 63-69%, the Vicat softening temperature was increased from 72-82 to 90-125 C, the maximum operating temperature was 110 C, and the long-term operating temperature was 95 C, which was one of the few polymer materials that could be used in high temperature and high pressure for a long time. VC increased by about 50%, about twice as much as ABS resin and PP resin. Especially near 100 C, chlorinated polyvinyl chloride can still adhere to a strong rigidity, which can fully meet the requirements of equipment and pipelines at this temperature. 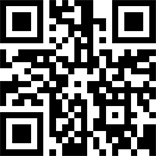